‘Money’ is an up-tempo dance track that is inspired by his most recent trip to Dubai, it was here he realised that though he has achieved a certain amount of riches, there are far more experiences and luxuries that he is yet to attain. Adekunle uses his faith and velvet vocals to take you on a euphoric journey penning an artistically composed message.

The urban highlife singer teamed up with Pheelz Money to create the catchy track. The highly acclaimed producer is behind some of Afrobeats biggest hits including Olamide’s ‘Durosoke’ and 2015 summer hit ‘Shoki.’

The acclaimed artist will be releasing his second album early next year and later in the year will be headlining at Indigo, O2 Arena in London next June. 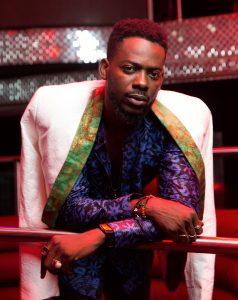 ‘Money’ can be found on all major music platforms: