‘The human heart is the only thing in this world that weighs more when it’s broken..’

Gone Too Soon: British Rapper Cadet has died in car crash on his way to a gig in Staffordshire. The UK Rapper Cadet (real name Blaine Cameron Johnson) is believed to have been in a taxi on his way to Keele University to perform at the student union when the tragic accident happened.

The Rapper’s sudden death has shocked the whole world! Cadet’s family released the statement below:

“We the family of Blaine Cameron Johnson known as Cadet (Underrated Legend) would like to share the sad news that during the early hours of 9th February 2019 he passed away as a passenger in a taxi, en route to a performance,” the statement reads. He was on his way to Keele University in Staffordshire, where he was due to perform. Right now we the family appreciate your patience and will share with you any information as and when we can. Thanks for your support in advance.” The Johnson Family. 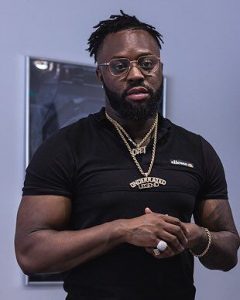 Family, friends and fans have taken to social media following the loss of Rapper Cadet to pay their tributes.

Our thoughts and prayers go out to Cadet’s family, friends and fans.

'The human heart is the only thing in this world that weighs more when it's broken💔'#Gonetoosoon @Callmecadet tribute @ Hyde Park, TODAY 3pm 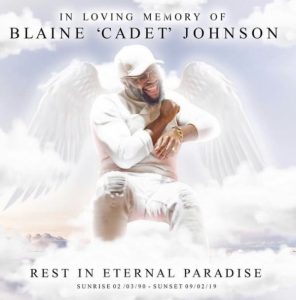