Sarkodie is the talk of Ghana as the veteran rapper makes the list of the 2019 edition of the BET Awards yet again! Congrats!

The BET International artist award winner again made Ghana and the whole of Africa proud as he continues to make a symbolic representation, positioning Ghana on the Globe. 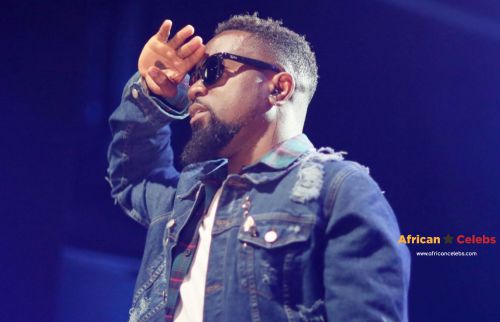 As a rapper, Sarkodie has won numerous international awards with excellent use of rhymes and flow to make himself one of the best in Africa.

In 2014, following the winning of the year’s BET Awards for Best International Act, one of Sarkodie’s fans tagged him a “demi-god” and received massive criticism for doing so with many saying that it was wrong to shower too much praises on him.

However, the 2015 BET Awards ceremony saw Sarkodie once again inspired many spectators and fans at the award ceremony with a grand performance.

Similarly, his mind-blowing performance caught the prominent radio and TV personality, J. Foley by surprise and immediately called him the rap god.

This he shared on his Facebook, saying Africans need to look beyond criticism and accord deserving personalities their due.

He reiterated that Sarkodie is undoubtedly a “rap god” and the superstar has since lived up to his new title.

The 2019 BET Hip Hop Awards ceremony will be held at the Cobb Energy Center, Atlanta on Saturday, 5th. of October 2019.

BET Awards has created a new category, Best International Flow, with Sarkodie and other talented rappers being the first beneficiaries of this new category of awards.

In other words, this is sure a stiff competition for the rapper that looks forward to adding yet another BET Awards to his archive.

This is the 4th time Sarkodie will be nominated for Bet Awards.

Michael Owusu Addo aka Sarkodie, 34, has dominated Afrobeat music in Ghana for more than a decade, starting with his debut single “Baby” that ultimately swept the whole of Ghana in 2008.

The veteran rapper has dropped many hit singles such as “Adonai,” “Pain Killer,” “U Go Kill Me,” “Lucky,” “Do You” and “Can’t Let You Go” among others.

Sark continues to release hit songs to meet the demands and expectations of his highly esteemed fans.

He has won numerous African and international awards through his rap style and exceptional stage performances. Fans with the Greater Accra born rapper well and hope he bags the prestigious award come October.