Join us in wishing Honorable Kennedy Agyapong Member of Parliament for Assin Central,  God’s richest Blessings and also get to know him better. 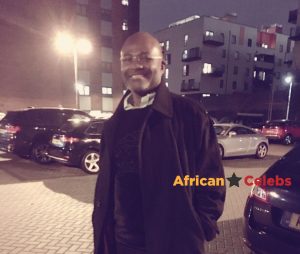 Kennedy Agyepong is a Ghanaian business tycoons who’s contributing immensely to Ghanaian economy through his businesses.

He and  his wife Stella Agyepong own the KenCity Group of Companies, (13 in all) ranging from real estates, media.

Read Also: Celebrities Who Give Back

Honorable Kennedy Agyapong is not only known for representing Assin North in parliament for the NPP (New Patriotic Party) and speaking against corruption in Ghana, but also for giving back to the community.

”Whoever is kind to the poor lends to the LORD, and he will reward them for what they have done~ proverbs 19 17”

It is widely known in Ghana that he even donates his salary to the needy people in his constituency.

He has provided Scholarships to over 2500 to students in Ghana from primary right us to higher education. Made donations to some hospitals in Ghana and also outside Ghana.

Ken Agyapong has been recognised as one of the 1st Africans to donate towards global humanitarian concerns, he was quick to help the Haiti victims during that horrible disaster in 2010.

For his many humanitarian contributions in Africa and the diaspora, he has received numerous Special Achievement/Lifetime Awards.

‘A person who feels appreciated will always do more than what is expected.’

Even though Honorable Ken Agyapong does not count on recognition to contribute to humanity we are pleased that his good works are being recognised over and over!

“I want to thank the team that has come here today to announce the award that will be given to me on August 4,”

“All I want to say is a big thank you for recognising my work, I hope we can do our best to make sure we go with good impression.”

“I will select three people from each region of Ghana to benefit from the scholarship. Let me say that I will not give it to people from my constituency only,”

More Celebs Who Give Back

Hon. Kennedy Agyapong Supports The Government With 150,000 Face Masks In The Battle Against Covid -19.

President Nana Addo Dankwa Akufo-Addo has posted on the internet, pictures of the New Patriotic Party’s (NPP), of  Assin Central PM Hon Kennedy Agyapong’s donation of a total of 150,000 face masks to the presidency.

Commenting on the contribution, the Assin Central MP said that, his donation which was made on Tuesday April 28,2020, was just a token to help the government of Ghana during this battle to curb coronavirus pandemic. 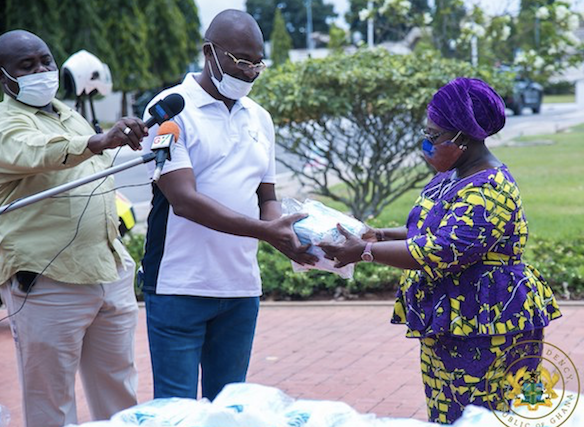 We hope people will head to Nana Addo’s message and wear mask when they are out and about because coronavirus is real!

IT IS ALWAYS GREAT TO SEE PEOPLE GIVING BACK

Hon. Kennedy Agyapong, has been appointed as the new Chairman of Parliament’s Committee for Local Government and Rural Development in the latest reshuffle of Committees of Parliament. 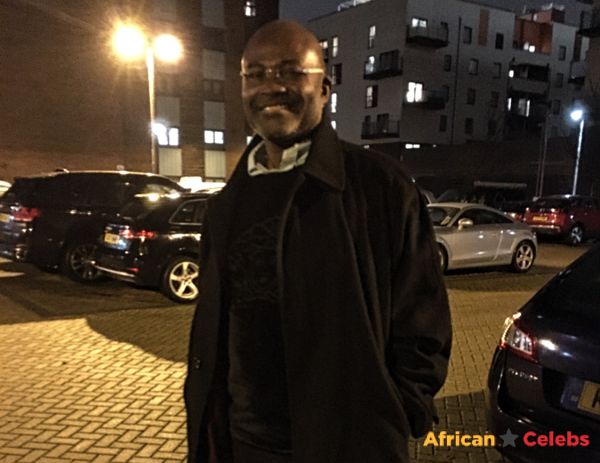 AFRICAN CELEBRITIES WHO INSPIRE US

The famous politician Kennedy Agyapong is one of the richest people in Ghana. He is very

outspoken.  Let’s take a look at one of the most dominant political figures of Ghana.

Hon. Kennedy Agyapong started to gain recognition and sympathy by vocally expressing his criticism of the National Democratic Congress, putting particular emphasis on the mistreatment of women in parliament.

The chairman in the Communication Committee in Parliament and has never shied  away continued to make sharp remarks against injustice and corruption.

He was extremely sensitive towards  corruption and scandal, and turns to call people out.

He pointed out how the brother of John Mahama was exempted from paying taxes during Mahama’s presidency. His persistent campaign led further investigation of the incident and resulted in Mahama having to compensate for the unpaid taxes. 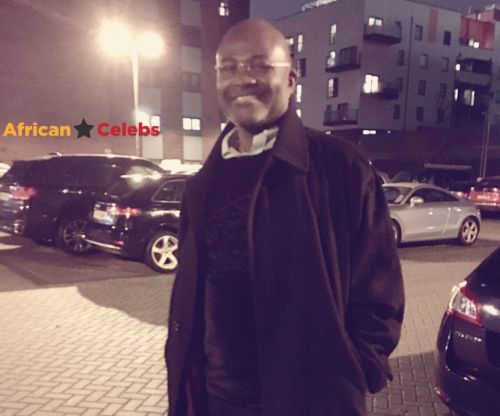 Being among the wealthiest individuals of Ghana, Agyapong holds a large car collection among which there is a rare and expensive Rolls Royce.

The unfortunate murder of Ahmed Hussein-Suale, one of the journalist who exposed corruption in Ghana has divided the nation.

The question Ghanaians are asking is who killed Ahmed Hussein-Suale and why was he killed?

They believe the fact that Hon. Kennedy Agyapong threatened Ahmed Hussein-Suale doesn’t make him a killer.

Hon. Ken Agyapong has also confirmed in most interviews that even though he said if Ahmed Hussein-Suale set’s foot on his premises he should be beaten, he will not gain anything from killing him and urged the authorities to investigate this horrific death so the corporates can be brought to justice.

My hands are clean~ Ken Agyapong

Ahmed Hussein-Suale, one of the journalist who exposed corruption in Ghana was shot three times in his car on his way home last Wednesday in Medina, Ghana.

Some of the work/investigations the Ahmed and his team were involved using hidden body cameras includes: 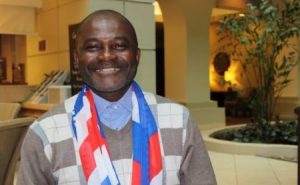 Most Ghanaians believe Ahmed Hussein was killed because of ‘who watches the watchman’ or  ‘Number 12‘.

The question is, who killed Ahmed Hussein-Suale and why was he killed?

Honouring Celebs Who Give Back: Ghanaian Business tycoon, Politician, (NPP) philanthropist and Assin Central Member of Parliament, Kennedy Agyapong has been enstooled as development chief by the paramount chief of Lawra at a colorful ceremony at in the Upper West Region of Ghana. Hon Kennedy Agyapong’s new chieftaincy title Naa Kennedy Dery Agyapong.

The paramount chief of Lawra Traditional Area, Naa Puowelle Karbo III performed the ceremony. Kennedy Agyapong was honoured in recognition of all his amazing work, giving back to the community, character, attitude, his no-nonsense approach to business, his quest to help humanity especially the vulnerable in society.

Kennedy Agyapong was dressed in 3 layers of smock garments, a marching cap, and a walking stick  (symbolizing hischieftaincy) he was  placed on the stool 3-times, which is also very symbolic in most Ghanaian cultures. (As well as other African counties)

‘‘The Lawra traditional council has observed with admiration your remarkable philanthropic, charitable deeds to the people and communities across the country~ chief of Lawra Traditional

”I am short of words. The honour done me is overwhelming…‘It is not everybody that gets the opportunity to be honored in life whilst he lives; some are honored when they die. Some when they are dead is when people shower praises. I want to thank God for living to see how Ghanaians appreciate my effort… know I have stepped on lots os toes, because l try as much as l can to speak the truth. And in the course of that l know it hurt peoples feelings..” ~Kennedy Agyapong

Hon. is said to have donated ¢20,000 to support the activities of the NGO and a further ¢10,000 to the Lawra Traditional Council…

One-On-One with Hon. Kennedy Agyapong in London. It was an honour to have him on African Celebs

Ghanaian rapper Amerado on Monday according to his social media handles announced the beginning of his new project titled ‘Yeete Nsem’ with an introductory video.

According to the award-winning rapper, Yeete Nsem will cover trending Ghanaian-related topics within each week and it is geared towards entertaining his fans and to gather more listeners for his major projects. 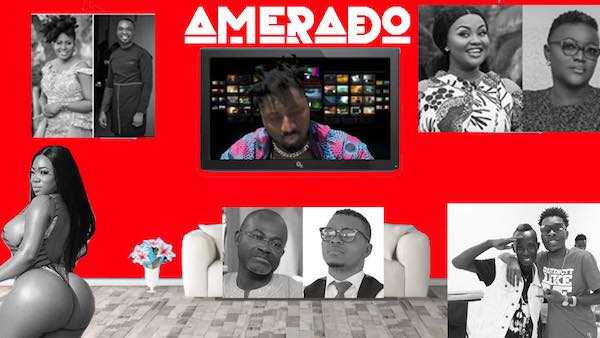 Afia Schwarzenegger’ ex- boyfriend, Prince Darlington says he ‘slept with her out of pity’  ouch!

Relationships, Love And Sex: Why Do Some Men Love To Kiss And Tell?

‘Darlington mother who begged her to marry her son but refused the gesture because her son has low IQ.

“Madame you saw me at the mall with boyfriend and begged me to marry your son. But I told you I can’t deal with your son’s low IQ…How many times have you begged my family to talk to me about that clown of a son of yours?”

Prince Williams Darlington has taken to the media (Asempa FM) to defend himself. Most Ghanaians believe that, Prince Williams Darlington is hurt because of how Afia Schwarzenegger allegedly described his manhood in public. No man wants the to world to how big or tiny his ‘junk’ is! Period! Ladies remember Most men are very sensitive about their penis size whether is under size or over size,

Others think is very distasteful for any man, no matter how hurt or upset they to publicly humiliate a woman by saying he slept with her out of pity  ouch!  During an interview Darlington told the Asempa FM that he was pressured by Afia Schwarzenegger leading him to that ‘pity sex’

“I never wanted to sleep with her, it was out of pity and constant harassment from her and I definitely used a condom,” … he used a condom because  ‘Hon. Kennedy Agyapong said some time ago… He said Afia has AIDS.”

Men: Would you Sleep with a woman out of pity?  Is it right or gentlemanlike for men to kiss and tell?

Ladies: Have you ever told your friends about the penis size whether is under size or over size of your partner?