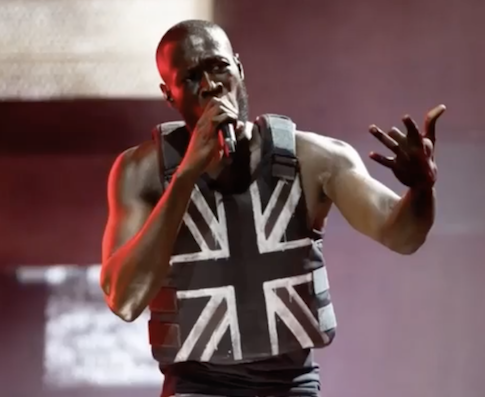 AN EMOTIONAL TRIBUTE FROM STORMZY

The British Rapper Stormzy is known for frequently raising his voice against global problems of race, gender, and equality.

His latest performance at Glastonbury’s Pyramid Stage from yesterday was yet another thought-provoking one. This was a significant milestone for Stormzy as the first black British artist to perform at the main Pyramid Stage. 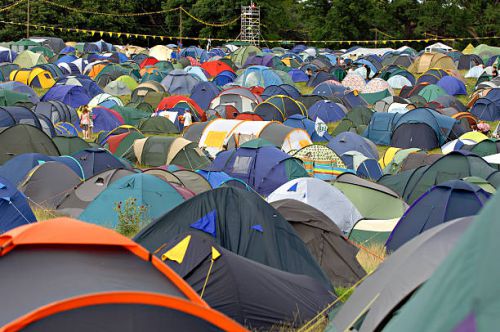 Before his stage appearance, the creators of the show displayed a short behind-the-stage video of Stormzy getting advice from Jay-Z with his playlist. During the short documentary, Jay-Z made significant remarks about inspiring the underprivileged black children with talent. 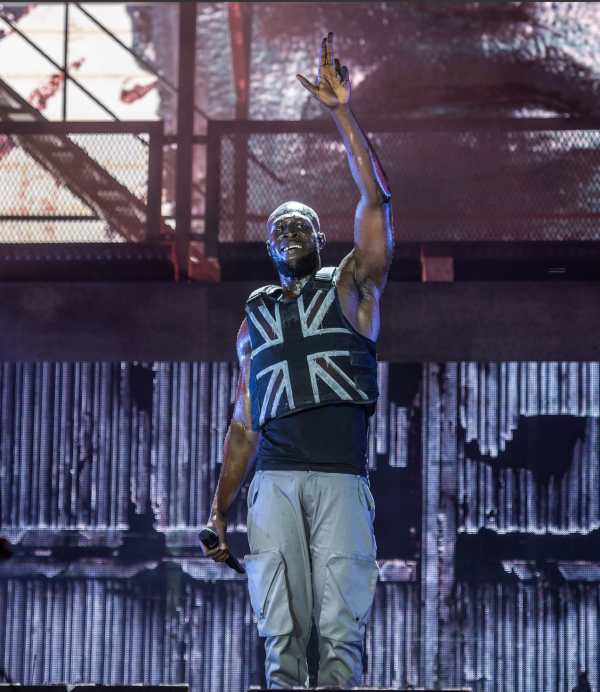 Stormzy first appeared on stage with a bullet-proof Union Jack vest. After performing three songs, he projected a chart depicting the increased crime rates across the world.

He went on to rap along the speech of Labour MP David Lammy, with a strong emphasis on discrimination of the criminal justice system against black people.

Another reference to racism was when a black ballet dancer performed a choreography during one of his songs.

During the song, he pointed at the discrimination against black people in various art fields, including ballet.
The second half of the concert had more emotional moments.

In addition, he performed a duet with Chris Martin on Blinded By Your Grace, as well as with rappers Dave and Fredo on the single Funky Friday (which became a UK chart-topper). 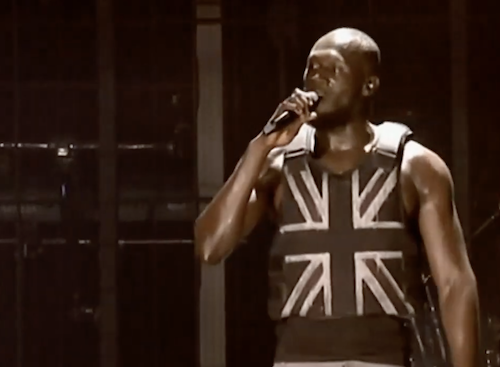 Dave and Stormzy shared an emotional moment after pointing out how far the rap culture in the UK has progressed such that black-dominant rap songs were now able to top the charts.

At the end of the concert, he performed You Saved Me with the back vocals of a gospel choir. His eyes were visibly watery while he was singing along. We can only imagine the immense flow of emotions among the audience at that moment.

His first rapping attempts date back to the age of 11 when he joined school contests. Although he was a successful student overall, he went on to pursue a professional music career, initially releasing independent freestyle tracks and collaborating with other British rappers.

In 2014, he released singles like Know Me From and Shut Up, the latter of which became an instant hit debuting at number 18 and peaking at number 8 in the UK charts.

His 2017 album Gang Signs & Prayer was a commercial success debuting at number one on the UK Albums Chart.
Part of his success is due to his activist personality and outspokenness.

Besides expressing his active support for Labour Party and its leader Jeremy Corbyn, he is well-known for his criticism of Theresa May.

Although he has an admirable profile overall, it wasn’t without some unfortunate mistakes. In 2017, he was heavily criticized for his homophobic tweets against a gay character on the soap opera EastEnders.

Stormzy later apologized in a lengthy Twitter status, explaining that he took full responsibility for his wrongful action in the past.

He also said that he has improved his mindset since then and became much more informed about the importance of gender equality.

The Grime star took the opportunity to address the inequalities in the injustices system, and the arts Stormzy is also the second youngest headliner in Glastonbury’s history. 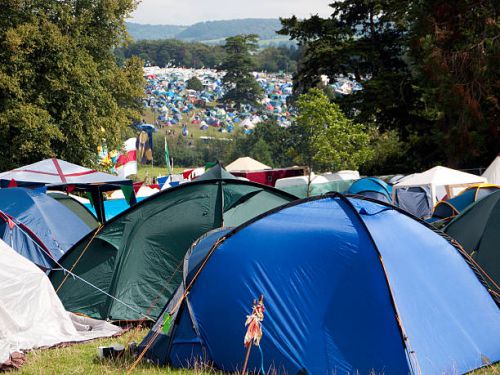 ‘This is the most fabulous night of my entire life’~ Stormzy.

The Grime artist wore a union jack stab vest on stage, he has always been outspoken about specific issues in the black community including, the gap in the society, like pay amongst the poor communities knife crimes, Grenfell tower and more.

More than 200,000 people joined the performance by also shouting ‘f*ck the government and f*ck Boris’

He paid tribute to most of the best rappers, including the late Cadet, (Blaine Cameron Johnson). He was sadly killed earlier this year while en-route to a gig. Very very sad! 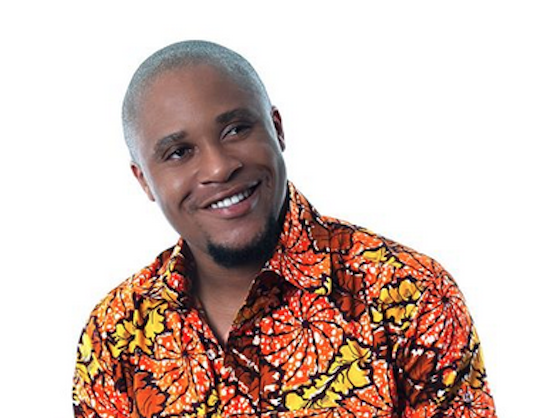 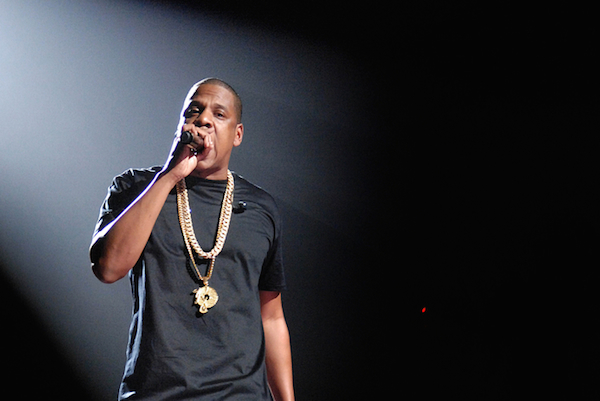 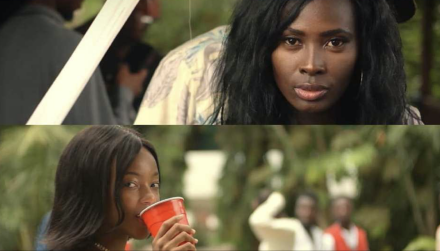 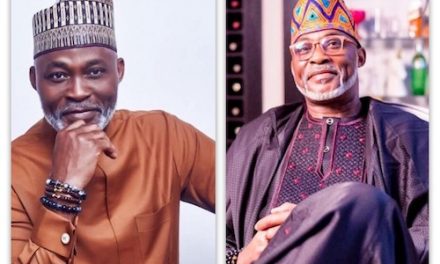