Stonebwoy Tour Gets the Perfect Gear

The talented Reggae master owns Burniton Music Group and has won several awards while putting a smile on the faces of his highly esteemed fans. 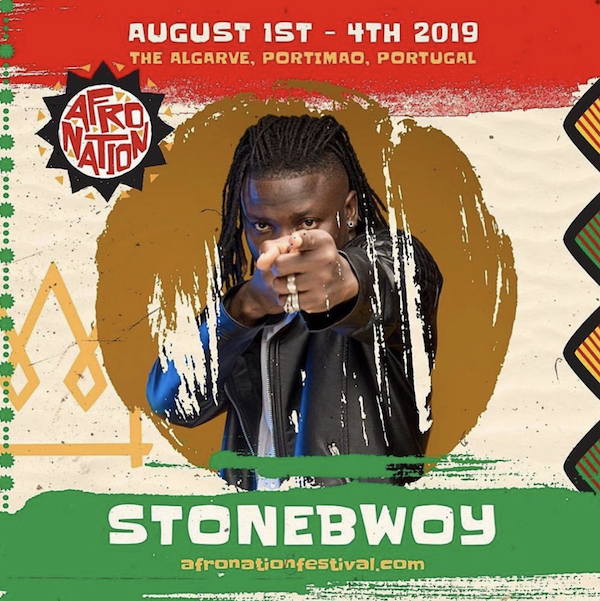 His remarkable contributions to Reggae earned him the reputation of the King of Reggae and dancehall artist in Africa.

Arguably, one–third of his entire life is filled with stardom.

The Reggae icon set the fire blazing on his first night in front of thousands of fans at the Hills Vibes Festival in Austria.

The reception was outstanding as thousands of Austrians expressed their joy in his mind-blowing performance.

In addition, there was also an exceptional performance in Sweden at the Uppsala Reggae Festival and Reggae Rotterdam Festival in Rotterdam, Netherlands.

The tour is expected to cut across many other European countries including Holland, Germany, Portugal, the UK, and Spain and is scheduled to run throughout August 24th 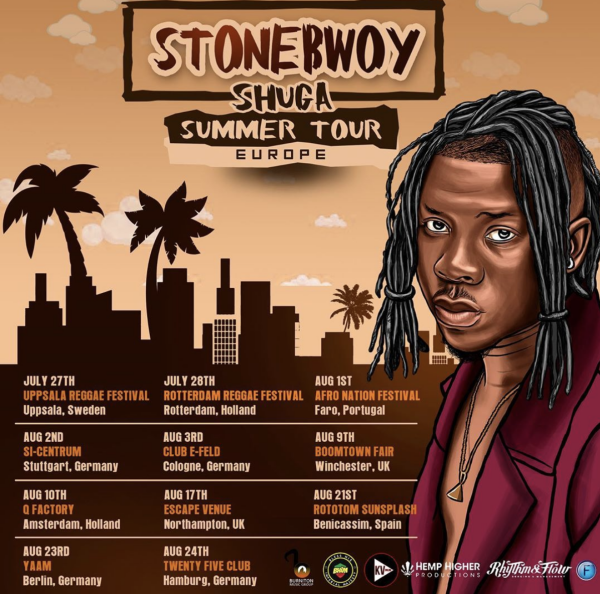 Africans continue to hope the talented star makes them shine internationally till the end of the tour.

Stonebwoy has never disappointed his fans and himself, and as a result, he has featured many other top African music artists such as Burna Boy, Khalia, Davido, Patoranking among others. 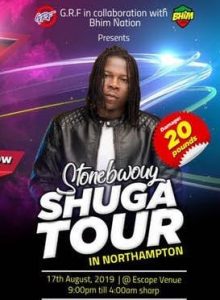 Get Your Stonebwoy In Northampton Ticket Here

Stonebwoy’s next performance is at Afro Nation in Portugal.

Bhim To The World 🌍 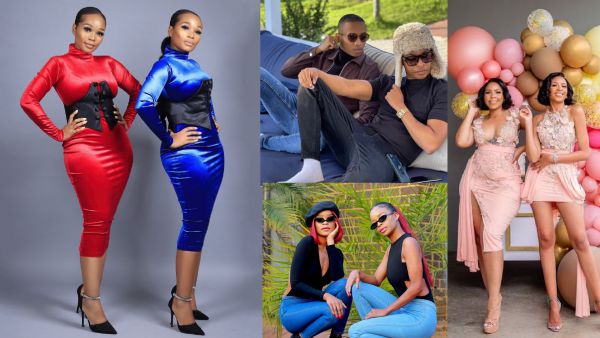